Trust, Trust, and Trust Some More…

I wanted to share a few things with you about how I was able to pull off my retreat, and how there were a lot of setbacks along the way. I could have easily thrown in the towel, (somedays I wanted to!) and not done it, but I TRUSTED the process, timing, and the right people would be there, and it worked!

First of all, I have been dreaming of doing a retreat since 2013. I had planned to do one in 2018, but realized that I didn’t quite have enough of a community or influence yet to have enough people invest a full weekend and that kind of money with me. That is really important to take into consideration. One thing I learned from my old coach, Caterina Rando, is the bigger the investment of time and money, the more influence you need for it to be successful. That’s a super tip to remember if you are moving into doing events!

So at the beginning of 2019, I started planning the retreat again. I originally planned it for August, which as it got closer, I realized wasn’t the greatest time to do a retreat, as a lot of people are on summer vacations, or their kids were going back to school. I learned a lesson, and again had to make a decision. Cancel or change the dates? I chose to move it to October. And I had to TRUST that it would work out.

I gotta be honest, sometimes it was really hard, and frustrating, I shed some tears, and I thought about canceling and trying again next year. BUT, I really didn’t want to do that. I have done a ton of deep inner work this year, let go of a lot of fears and old beliefs that weren’t serving me, and decided to trust and allow it to unfold as it was supposed to. I had people sign up as late as 2 weeks ahead, maybe even closer.

Keep in mind, I had to rent an entire house for this, and put up the money up front. I didn’t know if I was going to make the money back or not, but I trusted that whatever happened, it was in my highest good. I took a big leap, and I ended up with a FULL retreat, with exactly the # of ladies I wanted (see vision board picture below), and just the right ones that needed to be there. And it was an INCREDIBLE weekend for everyone.

There was so much love, support and transformation that weekend, it was amazing! I now know that I can pull off an incredible experience, and am super excited to do more!!

Ladies, if you have a dream, don’t give up! Keep moving forward, doing the next step, one at a time, and trusting you are on the path, and it will happen for you too! 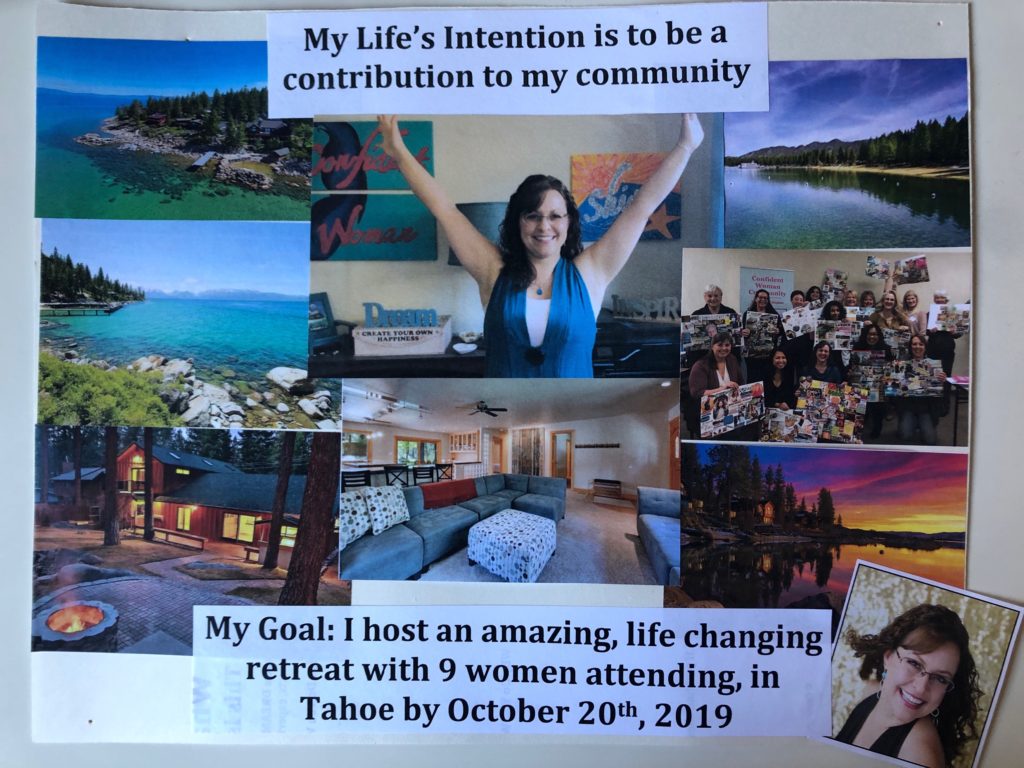 The amazing photo at the top of this post was taken after our closing ritual down at the beach, the ladies were so full of joy! If you want to check out more pics from the retreat, here is the link to the photo album I made on Facebook. Bold Powerful You Unleashed Retreat photo album

P.S. Whenever you are ready, here are 3 ways I can support you…